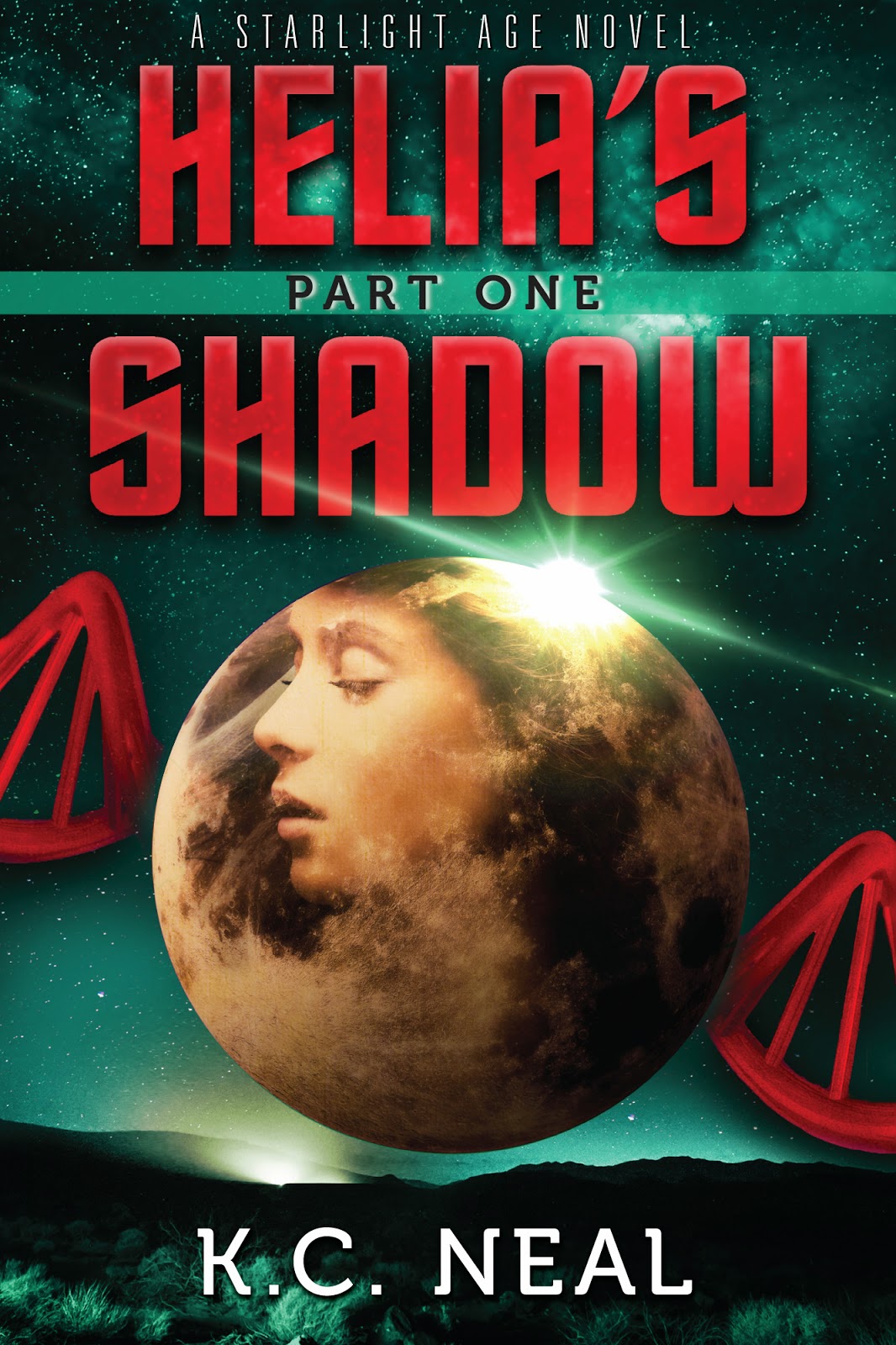 Thank you Najla Qamber Designs for the cover design, and LunarLight Design for the typesetting!

Helia's Shadow Part One: Into Darkness

Nineteen years ago, aliens arrived on a dying Earth with advanced technology and the promise of ensuring human survival in exchange for a place to settle. They were hailed as the saviors of humans and Earth.

Today, 16-year-old Helia is preoccupied with her secret romance with an alien boy, and convincing her over-protective mother to let her follow her dream of becoming an engineer. But the human-alien partnership is shifting. Humans are disappearing without explanation, and the aliens are tightening their grip on Haven, the last city on Earth.

When the aliens falsely accuse her mother of a crime punishable by a life sentence at the harsh lunar prison, Helia discovers the aliens never intended to help humans at all. Now, she must join forces with alien rebels and convince the young rebel leader that humans aren't expendable.
If she succeeds, humans have a chance at survival and she has a chance at love. If she fails, the dwindling human race will die out in slavery.

For more info about Helia's Shadow and The Starlight Age Series - including an excerpt - please visit my website: AuthorKCNeal.com :)