The 'Naturals: Four Teenagers and One Town That Will Never Be the Same

I'm co-authoring this new serial, The 'Naturals (StoneHouse Ink), with best-sellers Aaron Patterson, Melody Carlson, and Robin Parrish (yeah, I'm the newb in the group!). This series is going to be AMAZING. Okay, I might be a tiny bit biased. ;) Read the description below, and see what you think. :)

Episodes 1-4 are available for Kindle, Nook, Kobo, and iTunes. We'll be releasing another four episodes every three weeks. 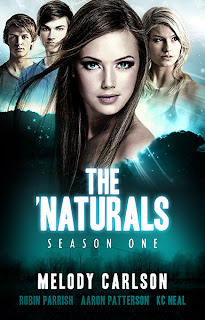 
A small town full of secrets. A coming darkness. Teenagers with supernatural abilities. Think you know the story?

As Summer ends, the students at Silverwood High are getting ready to go back to school and resume their normal, everyday lives. Too bad "normal" is no longer an option.

This is their awakening, the first step of an epic journey. But it's only the beginning of something bigger than they could ever imagine.

The sleepy little town of Silverwood is about to wake up. 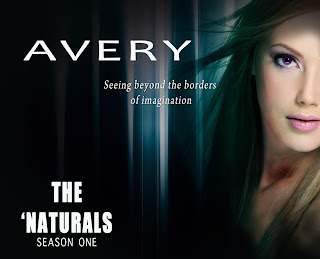 
Soulful, artistic Avery is intrigued when Silverwood High's strapping, athletic newcomer takes an interest in her. So why is she convinced that there's more going on with this guy than a simple crush? 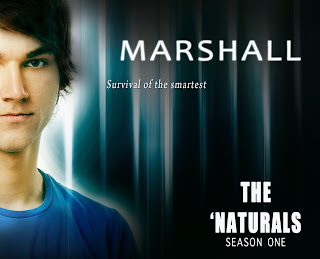 
Brilliant but nerdy Marshall is used to being the odd man out, the last one picked, and the bully's favorite target. But his luck may be changing when he discovers that he can do something that should be completely impossible. 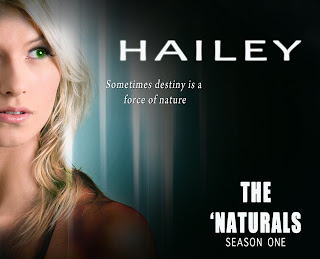 
Soccer prodigy Hailey wants desperately to hide every aspect of her home life -- and the anger and regrets that fill her heart. But she's about to discover that concealing her feelings isn't a possibility anymore. 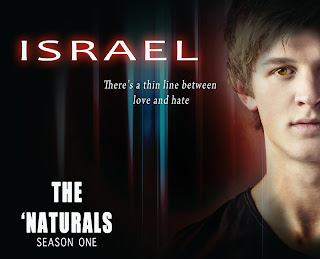 
Homeschooler Israel is part of a dysfunctional family. They look normal on the outside, but it's a carefully constructed lie that's leaving plenty of scars. It doesn't help that he's having disturbing dreams and experiencing bizarre sensations.

Email ThisBlogThis!Share to TwitterShare to FacebookShare to Pinterest
Labels: The 'Naturals

OMG!! These badges are awesome!! It's all sooo exciting! Congrats on the new release! Weeee!!

Hailey reminds me of Heather Morris from Glee.